Operation Criptonyte came about because of an increase in violent crime involving documented members of criminal street gangs in the City of Stockton between 2018-2020. 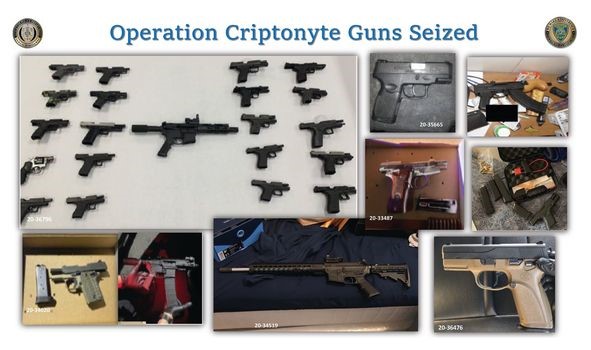 “This operation by special agents, investigators and police officers had to have made a dent in violent crime in Stockton neighborhoods,” said California Statewide Law Enforcement Association (CSLEA) President Alan Barcelona.   “These types of investigations put law enforcement in harm’s way, but they are committed to making the streets and our neighborhoods safer for our children and our families.  Being in fear of street gangs and their violent activity is no way to live.   Thank you to those who work to keep our neighborhoods and our  everyday activities safe.” 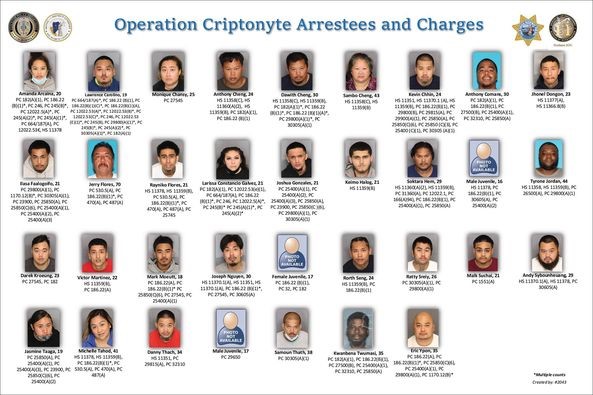 “Families in Stockton can breathe a little easier tonight,” said California Attorney General Xavier Becerra. “This investigation and resulting arrests and seizures are an example of what happens when California law enforcement agencies work together to combat violent crime in our communities. At the Department of Justice, we are proud to use the latest technology and advanced investigative techniques to assist with the investigation.”

San Joaquin County District Attorney Tori Verber-Salazar said, “This is a prime example of how a unified partnership among law enforcement agencies—state, local and federal—working in conjunction with the District Attorney’s Office can ensure public safety. Together, we create a safer and stronger San Joaquin County through solving crimes that have already occurred, disrupting current criminal activity, and preventing future bad acts by those determined to commit them in and against our community.”