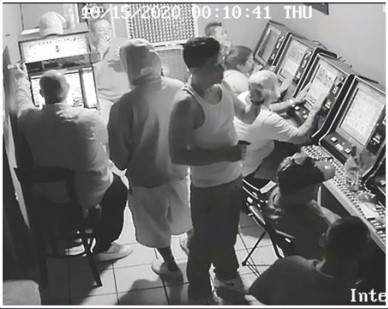 “This take-down has to come as a huge relief to law-abiding citizens who lived near this illegal activity.  Those who worked at and frequented these gambling dens are accused of drug use, illegal gambling and weapon offenses.” – Alan Barcelona, CSLEA president

MAPS AND PHOTOS OF LOCATIONS

SAN DIEGO – A federal grand jury has indicted 47 people who are allegedly associated with illegal gambling establishments that are closely tied to gangs, drugs and violence in San Diego neighborhoods.

Of the 35 people arrested, 15 are part of the indicted group, and the others were arrests for state offenses. Three of the indicted individuals were already in custody prior to the takedown. 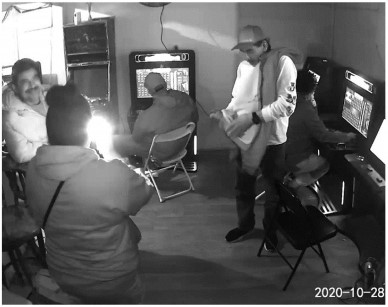 Those arrested include the owners of the businesses and employees who acted as doormen, security and bankers; those who audited the machines; and those who collected the money. Also arrested were alleged drug dealers who operated within the dens.

The indictments allege that illegal gambling dens were often located inside small businesses or inside houses, apartments, and outbuildings in residential neighborhoods predominantly in City Heights, in the East San Diego area.  According to court records, it is common for gambling den owners to pay rent in cash to the owners of these properties and, in some cases, a percentage of the profits to cast a blind eye to all the foot traffic.

These establishments are equipped with electronic gambling machines which are programmed with several games of chance such as poker, blackjack, keno, jacks or better, and slot games. Most locations of these establishments are open 24 hours a day, seven days a week. The indictments allege that many of these gambling locations were taking in thousands of dollars a day.

The main draw to illegal gambling establishments is methamphetamine use and sales, according to the indictments. It’s rare to have a patron who does not use or sell methamphetamine inside these locations. The people selling drugs inside may be employees or independent drug dealers. According to court records, it is common for employees to hand out small amounts of methamphetamine and “comp” customers to keep them playing and coming back for more.

California Department of Corrections and Rehabilitation