“This investigation utilized law enforcement departments from the local, state and federal level and resulted in dozens of arrests, and the seizure of weapons and illegal drugs.  Thank you to the law enforcement officers who risked their safety to investigate and arrest these dangerous suspects.” – CSLEA President Alan Barcelona 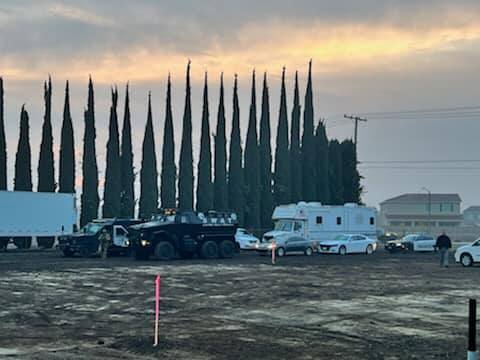 VISALIA – On January 13, 2022, local, state and federal law enforcement agencies announced the outcomes of a major operation that resulted in the arrests of three gang members suspected of killing three teenagers at a local high school in Visalia in 2020.

In July 2021, the Visalia Police Department requested assistance from the California Department of Justice’s (DOJ) Special Operations Unit (SOU) with its investigation into the triple homicide. The investigation also uncovered a drug and firearm trafficking ring run by members and associates of the Sureños.

“An investigation that began with the tragic murder of three young people in Visalia led to law enforcement uncovering a drug and firearms conspiracy that reached from California to Texas and Mexico,” said Attorney General Rob Bonta. “This investigation was a success because of multiagency collaboration at all levels of law enforcement. While we cannot take away the grief and loss the Visalia community has felt as a result of these horrific and senseless murders, we can bring to account the people who committed these crimes. Thank you to all of the officers and agents who worked together to solve these murders and get those involved off our streets.”

During the evening of May 5, 2020, three teenagers were shot and killed in a vehicle in the parking lot of Golden West High School in Visalia. During the investigation, law enforcement agents identified Sureño gang members as suspects in the murders. 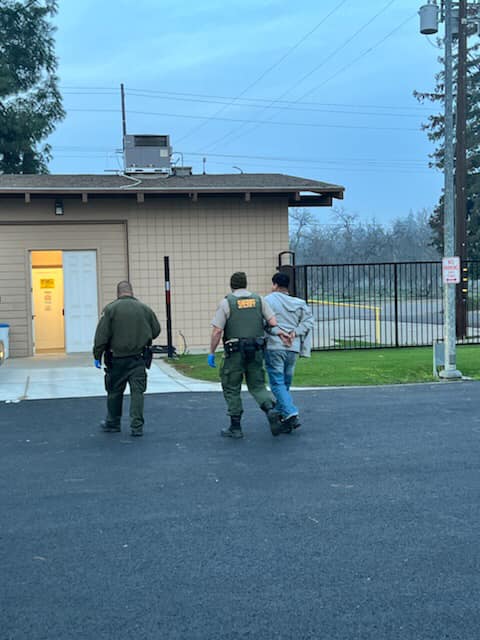 Further investigation into the gang revealed that several members and associates were importing both stolen and lawfully purchased firearms from Texas using proceeds from the sale of the illegal narcotics which were being trafficked into California from Mexico. The firearms were then sold to local gang members or smuggled into Mexico in exchange for more narcotics.

California DOJ partnered with local law enforcement in Texas, the U.S. Postal Inspection Service, the FBI, and the U.S. Attorney's Office for the Eastern District of California to seize several postal packages containing 18 firearms. The team also seized approximately 20 pounds of cocaine from suspects involved in the trafficking.

During the January 13th search and arrest operation, 27 Sureños members and associates were arrested, including three who are suspected to be directly involved in the triple homicide. Law enforcement agents also seized 24 firearms during the operation.

Over the course of the investigation, 37 arrests were made, at least five violent crimes were prevented, and a total of 56 firearms were seized from Sureño gang members and associates.

DOJ’s Special Operations Unit is a collaborative investigative effort between DOJ and the California Highway Patrol. The unit provides statewide enforcement for combating violent career criminals, gangs, and organized crime groups, along with intrastate drug traffickers. These unique and essential teams use the latest technology and advanced investigative techniques and work alongside local law enforcement to enhance investigations into violent criminals and organized crime throughout the state. 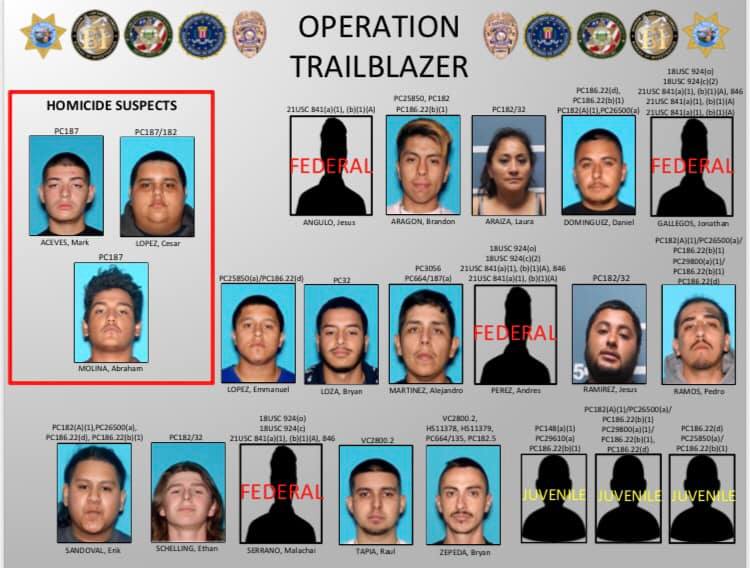