“Two different clerks at this one store are accused of selling alcohol to customers under the age of 21 within a two-day period in July of 2021.   California ABC agents work to identify where young people under 21 are purchasing or being furnished alcohol and take the necessary legal steps to make it stop.” – CSLEA President Alan Barcelona 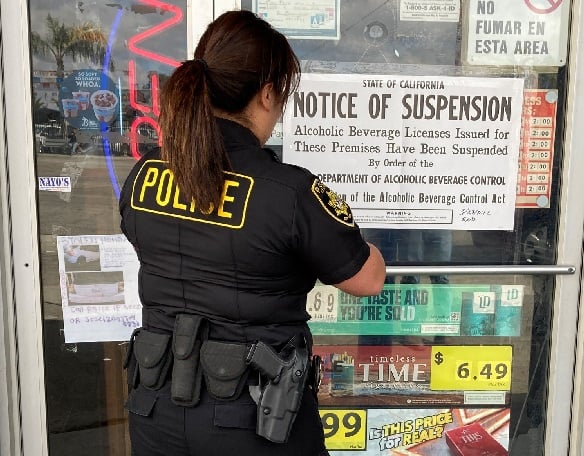 BAKERSFIELD – On February 22, 2022, California Department of Alcoholic Beverage Control (ABC) agents posted a 30-day Notice of Suspension at Play Fair Market located at 1030 South Union Street in Bakersfield. The owner of the store agreed to the penalty. Alcohol sales at the store are prohibited during the duration of the suspension period.

ABC cited Marshal McClinton, 26, of Bakersfield, for furnishing alcohol to a minor. The minor he is accused of selling alcohol to was later involved in a DUI crash that resulted in serious injuries to two people.

McClinton is accused of selling alcohol to Jacob Ozuna, 20, on July 28, 2021, while working as a store clerk. Ozuna was later arrested by the California Highway Patrol (CHP) for allegedly driving under the influence after the vehicle he was operating hit another vehicle head-on resulting in injuries to two women. ABC agents also cited a different store clerk at the same location on July 30, 2021, for selling alcohol to a minor.

The CHP contacted ABC after the crash as it involved minors and alcohol. ABC immediately opened a Target Responsibility for Alcohol Connected Emergencies (TRACE) investigation to determine the source of the alcohol.

Following the TRACE investigation, ABC agents determined that the underage driver purchased alcohol at Play Fair Market prior to the crash.