“ABC agents worked undercover to purchase what they believed to be illegally manufactured distilled spirits, marijuana infused distilled spirits, and hash oil before obtaining a search warrant.  By discovering the location of this illegal production, ABC agents protected the neighboring community from potential harm.  Butane honey oil labs can be extremely dangerous with the potential for explosions and fire.” – CSLEA President Alan Barcelona 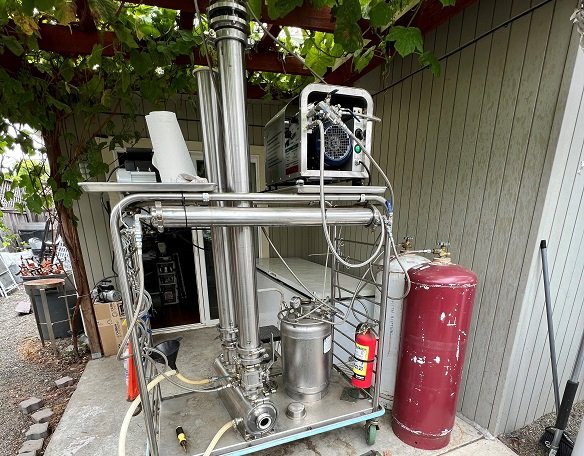 ABC agents executed a search warrant at Barbera’s home in the 500 block of Williams Drive and discovered both an illegal still and evidence of a butane honey oil lab operation with a large amount of finished honey oil products ready for sale.

The illegal still was allegedly being used to make various high-proof distilled spirits products for sale. Butane honey oil lab operations, also known as a hash oil lab, commonly use butane (a flammable and odorless gas) to extract concentrated THC from marijuana. Butane honey oil lab operations can be extremely dangerous with the potential for a fire or explosion being an imminent threat to a surrounding community.

ABC received assistance from the Petaluma Police and Fire Departments, as well as local code enforcement officers to safely secure the residence and mitigate the dangers posed by the illegal operations. The residence was tagged by the City of Petaluma Code Enforcement as uninhabitable due to the hazardous materials located that were allegedly used to manufacture a controlled substance.