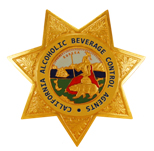 SACRAMENTO – On August 9, 2022, the recently elected directors to the association California Alcoholic Beverage Control Agents (CABCA) voted on officer positions.  The CABCA Board of Directors includes:

The officers begin their roles immediately.

“Our ABC agents and licensing representatives are in very good hands with President Martinez and the CABCA board,” said outgoing CABCA President Jeff McKay.  “Sal Martinez is a smart, level-headed leader and has first-hand knowledge of the importance of union membership and participation.  When he needed his union the most, his union was there for him.  I would like to thank all who assisted me as CABCA president.  It has been an honor and a privilege to lead the way in negotiations and discussions, and paving avenues to improve our pay, benefits and working situations.”

McKay served as CABCA president since 2019 and served as CABCA vice president for four years, prior to that.  McKay also helped to facilitate the 9-11 memorial badges, as well as the pink patch project which raised money for and promoted awareness of the fight against breast cancer.

“We were proud to partner with the Pink Patch Project,” said McKay.  “October is Breast Cancer Awareness Month and we did our part to show we care, to help, and to raise awareness.  We raised money for and presented a check to Pink Heals Inc. with the money we raised selling our pink patches.”

“Thank you to Jeff McKay for serving as the president of CABCA and assisting CSLEA with serving our ABC agents and licensing representatives,” said California Statewide Law Enforcement Association (CSLEA) President Alan Barcelona.  “This is a position that takes time and dedication and we thank Jeff for stepping up.  We also welcome the newest officers to the CABCA board and look forward to working with them on all issues, including the upcoming contract negotiations in 2023.”