“We must take the necessary steps to investigate and prosecute those responsible for crimes that negatively impact our fish and wildlife and the wellbeing of our citizens.  A lot of work went into the cleanup and the investigations that followed and we thank those who are committed to protecting our natural resources.” – CSLEA President Alan Barcelona 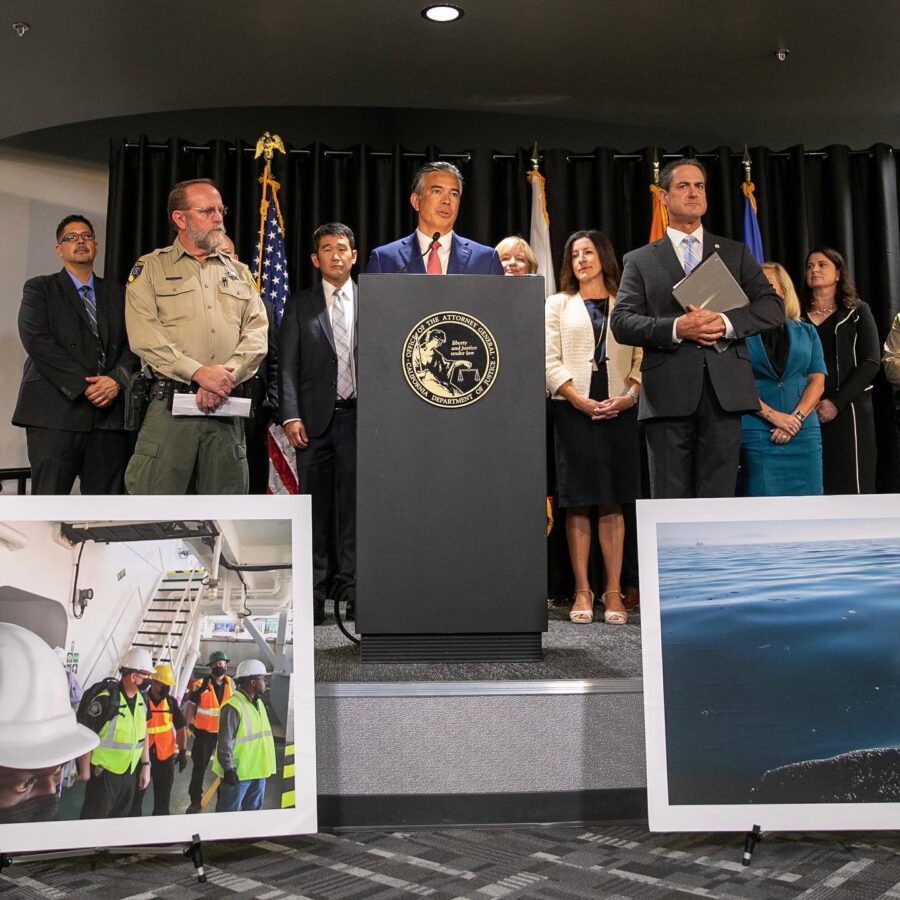 As part of a plea agreement, Amplify will plead no contest to six misdemeanor charges, pay $4.9 million in fines and penalties to the state and the county, and be placed on probation for 12 months. Amplify separately will pay a $7.1 million federal fine and also will reimburse federal agencies for expenses incurred during the response to the spill.

“The oil spill off the coast of Huntington Beach polluted state waterways, shut down local beaches, and wreaked havoc on our fish and wildlife,” said Attorney General Bonta. “While the exact cost of the spill is still unknown, today's announcement marks an important step toward accountability. Amplify will face six criminal charges and pay the state and county nearly $5 million in penalties and fines for their misconduct. Most importantly, Amplify will be required to implement new employee training and technology to prevent future spills. I want to thank all our local, state, and federal partners for their assistance in this investigation and for their ongoing efforts to clean up this environmental disaster. In times of crisis, it takes all of us – working together – to get the job done.”

“Our law enforcement personnel and the Office of Spill Prevention and Response led the response to this incident on behalf of State of California, and also conducted a separate investigation into potential crimes against our state’s natural resources,” said California Department of Fish and Wildlife Deputy Director and Chief of Enforcement David Bess. “We consider this plea to be justice served for the unacceptable oil spill that impacted seabirds, mammals and other wildlife along our state’s pristine coastline.”

Amplify’s San Pedro Bay pipeline runs from Platform Elly, located approximately eight miles off the coast of Orange County, to onshore processing tanks in Long Beach. On October 1, 2021, the San Pedro Bay pipeline ruptured and began leaking oil being pumped by Amplify from Platform Elly. Months before, in January of 2021, high winds pushed two ships away from their anchoring spots, causing the ships’ anchors to drag across the seafloor until eventually catching on the pipeline. The pipeline was displaced about 100 feet, bending, bowing, and eventually cracking its cement casing.

Approximately 25,000 gallons of petroleum were discharged before the spill was contained, shutting down local beaches and requiring a coordinated incident response from local, state, and federal agencies. More than a hundred live and dead birds were recovered by wildlife operations. Fourteen birds were rehabilitated and released, including seven protected snowy plovers. The full economic impact of the oil spill to surrounding shoreline and businesses is still unknown.

As part of the proposed agreement, Amplify will plead no contest to the criminal charges of failing to immediately report a discharge of oil into waters of the state, water pollution, and killing of protected wildlife. Amplify will pay approximately $3.45 million to the state and $1.45 million to the county in penalties and fines. This is in addition to the $956,352 Amplify previously agreed to pay the county for clean-up costs. Amplify will also be placed on probation for 12 months. The terms of the probation include:

A copy of the plea agreement is available here.