“Committing resources to this now year-round effort to combat illegal cannabis grows in California will contribute to public safety and help protect our environment and fish and wildlife.  It will also work to protect exploited workers and the legal cannabis operations currently abiding by laws and regulations.” – CSLEA President Alan Barcelona

SACRAMENTO – On October 11, 2022, California Attorney General Rob Bonta announced the eradication of nearly one million illegally cultivated cannabis plants and the seizure of more than 200,000 pounds of illegally processed cannabis as part of the California Department of Justice’s annual 13-week Campaign Against Marijuana Planting (CAMP) program. 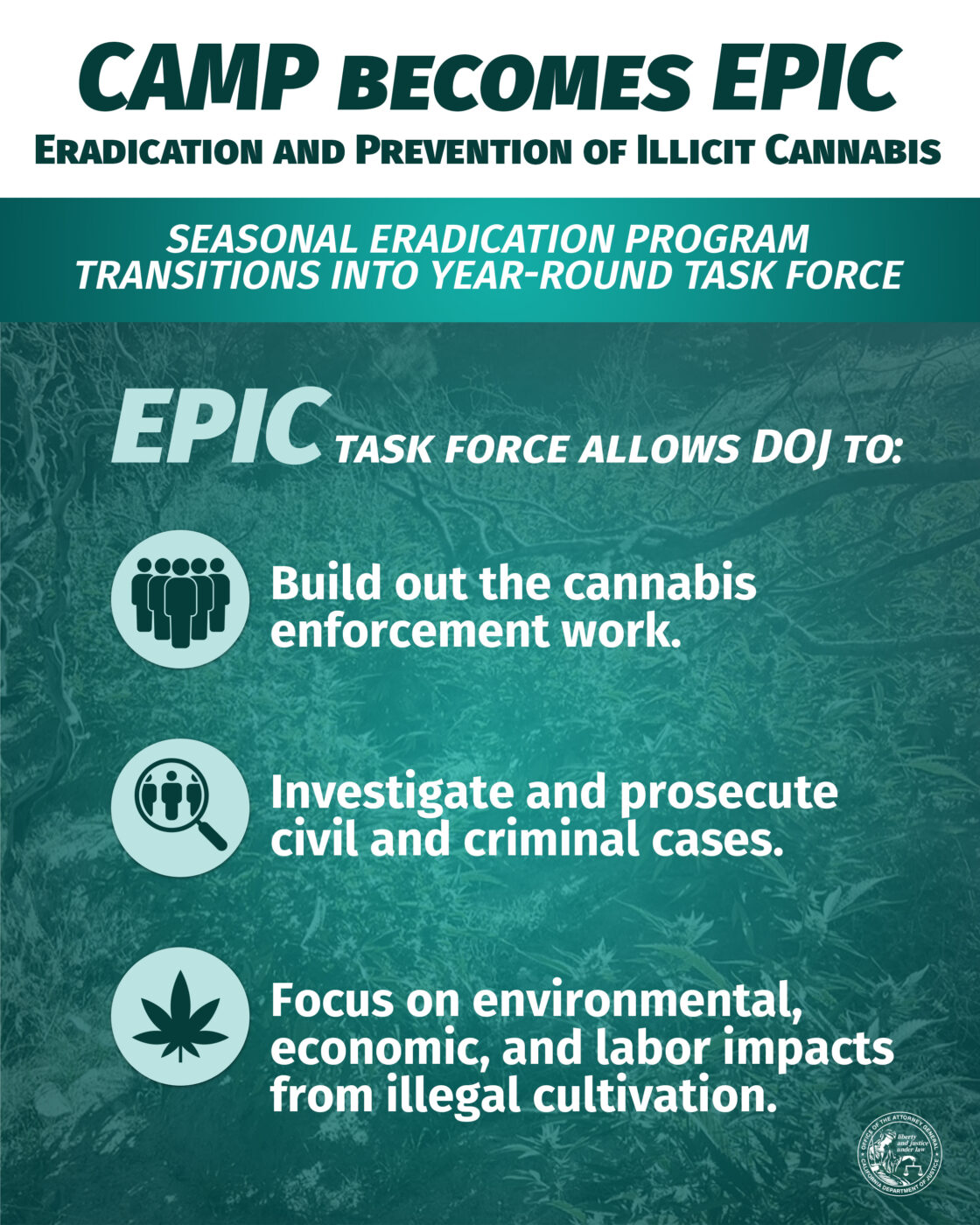 Beginning this fall, this seasonal eradication program will transition into a year-round task force. The Eradication and Prevention of Illicit Cannabis (EPIC) task force will allow the California Department of Justice (DOJ) to build out its cannabis enforcement work and investigate and prosecute civil and criminal cases with a focus on environmental, economic, and labor impacts from illegal cultivation.

“California has the largest safe, legal, and regulated cannabis market in the world, but unfortunately illegal and unlicensed grows continue to proliferate,” said Attorney General Bonta. “The California Department of Justice's CAMP task force works tirelessly each year to eradicate illegal grows and reclaim our public lands, but shutting down these grows is no longer enough. With the transition to EPIC, we're taking the next step and building out our efforts to address the environmental and economic harms and labor exploitation associated with this underground market. I want to thank all our local, state, and federal partners for their longstanding collaboration on CAMP and ongoing commitment to tackle this problem through the EPIC task force.”

Over the course of the 2022 season, CAMP teams operating throughout California:

Carbofuran, in particular, poses untold risks to public health. A lethal insecticide that is effectively banned in the United States, carbofuran remains on plants after application and seeps into soil and nearby water sources. Just a quarter teaspoon of carbofuran can kill a 600-pound lion. 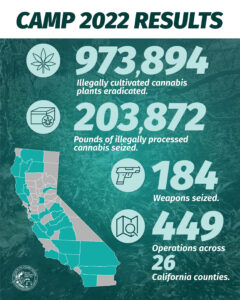 In 2022, CAMP operations were conducted in the following 26 counties: