“It’s important for parents to in-the-know about their children’s online activity, but they certainly can’t be everywhere, which is why it is imperative that law enforcement officers conduct these operations.” – CSLEA President Alan Barcelona 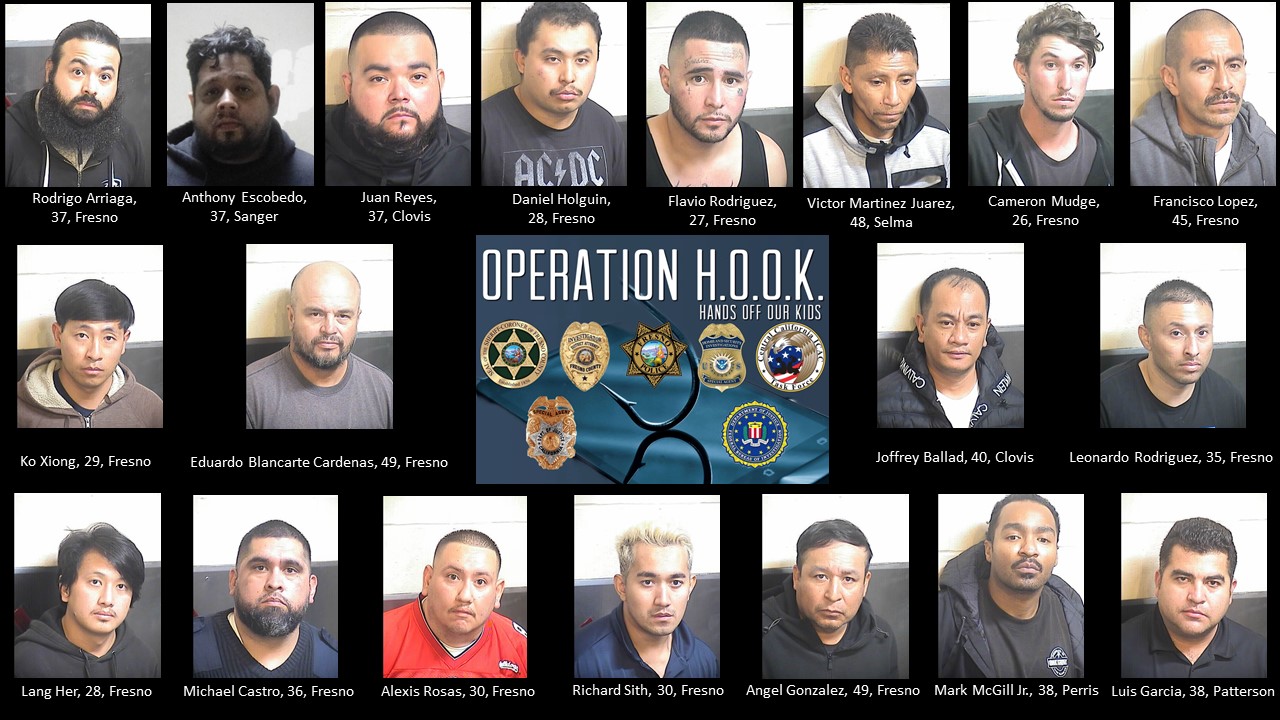 FRESNO -On November 2–5, 2022, a multi-agency operation targeting potential sex predators took place in Fresno County.   During “Operation H.O.O.K.” (Hands Off Our Kids), 19 men were arrested and booked into the Fresno County Jail on various charges related to arranging to meet with a child for sex. They range in age from 31 to 49. The majority of those arrested have since posted bond, been assigned a court date and released from custody.

The basis for launching the operation was the growing use, by children, of electronic devices and social media. A potential danger of being online more often is having an encounter with a sexual predator who is seeking out relationships with children.

To combat the problem, law enforcement officers posing as preteen and early teenage boys and girls online, constructed an operation to identify, contact and arrest anyone who may be trying to target a child for sex. During the investigations, these suspects used sexually explicit language and sent graphic photos to the detective pretending to be a child. All of the suspects were first to express their sexual desires and initiated a time to meet with the detective posing as a child. Once the suspects arrived to the locations, officers arrested them. No actual children were ever used or placed into danger during the operation.

One of the most notable arrests was that of Mark McGill Jr., 38, of Perris. According to the Fresno County Sheriff’s Office, McGill is a U.S. Forest Service employee who was staying in the Fresno area. He arrived at the meeting site in a department fire engine with the alleged intent of having sex with a teenage girl.

Operation H.O.O.K. remains an ongoing investigation and more arrests could be made.